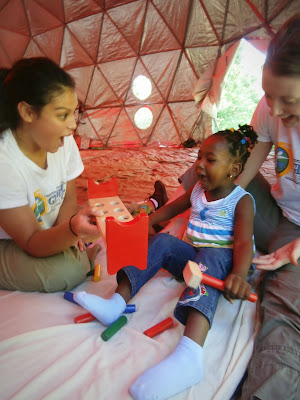 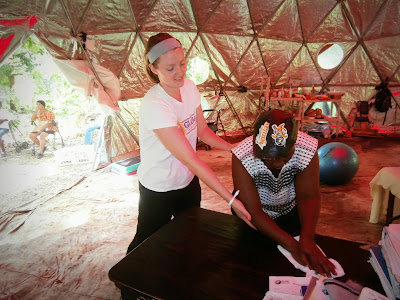 Reflection
The thing about Haiti is, even though these people didn’t have money or things to give me in return, what they gave me was worth far greater.  A people that have known violence, devastation, lack of justice, and extreme poverty, gave me their smiles, their gratitude, their hard work, sweat and faith, and have further propelled my passion for occupational therapy and social justice.  The major similarity between occupational therapy and the development of third world countries is that you must empower people to help themselves, you cannot do the work for them.  Traditional charity fails these countries and that is why we must invest in the people, so that they can help themselves.
With treatment focused on the client and the creativity allowed to help empower each patient reach any goal they find personally meaningful; I instinctively knew that a career in occupational therapy was the right path for me.  Haiti has taught me that I can use my skills to help others feel successful as they pursue goals and opportunities that they might not have believed they could achieve prior to therapy.  I have learned the importance of recognizing and celebrating the little victories with each client and that through occupational therapy and regardless of cultural differences, I am able to instill hope where disability or illness may have depleted it.
This has been the most rewarding experience I have ever been blessed with.  I have learned so much about myself as well as having gained greater insight into my therapeutic style.  I have a new enlightened perspective on what it means to be brave, by watching all these resilient individuals push through the circumstances they have been dealt, as they strive for a better tomorrow.  Each day was an opportunity to learn and I tried to be open to and absorb as much of the culture and life lessons as I could.  This experience has helped me realize that the burdens in my life back in the states are rather trivial as compared to the daily struggle people face elsewhere in the world.  This new perspective and the cultural competency I gained is not something that can be learned in a book.
I have been altered at my core, truly inspired, and deeply empowered to help others on a global scale.  I give my endless gratitude to the patients at the clinic and my Haitian family.  As well as a big thank you to my family in the states for their support and love on my journey!  We show the world who we are through our actions and not merely our words.  I encourage everyone to take a leap of faith and see where it takes them, because“ You gain strength, courage, and confidence by every experience in which you really stop to look fear in the face.  You must do the thing which you think you cannot do.” -Eleanor Roosevelt 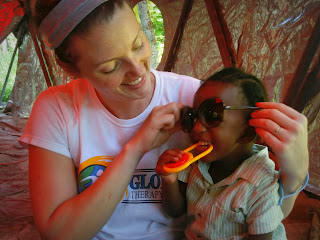 Link to the movie I made:


Posted by Global Therapy Group at 1:55 PM No comments: